“I am not the same, having seen the moon shine on the other side of the world.”

“Why Every College Student Should Study Abroad”

by Dana Covit via MyDomaine

I was an early adopter of the school of adventurous escapism. I read the Harry Potter series ravenously as a child more for the idea of landing somewhere new and exciting than for the magic that lured most of my peers. Later in life, I read Jack Kerouac’s On the Road and pledged, in the way teenagers do, to always lean forward into that “next crazy venture beneath the skies.” So, when I was rounding out my second year in college and the possibility of traveling abroad presented itself, I didn’t hesitate one bit. So off to Buenos Aires, Argentina, I went for six months. And oh man—it’s a good thing I did. Here’s why every single college student should study abroad if they can, from someone who is very thankful to have had the experience.

It’s an incredible chance to see the world.

Having grown up in New Jersey and vacationed at a summer camp not even a mile from my house, I was anxious see it—see it all. Thankfully, studying abroad is a unique opportunity to live somewhere new, no strings attached, and explore the region with minimal responsibilities interfering. Academic requirements vary depending on exchange programs, but many build in three-day weekends to allow for plenty of weekend travel. In my experience, traveling as a post-grad adult is often wedged between stressful periods of work and responsibility. Getting time off is a challenge. Scrounging up the funds and coordinating conflicting schedules isn’t easy. Travel has never been as painless as travel while I was abroad.

My advice for when you’re there? Do it all. Go on that daytime excursion. Drop the money on that plane or train ticket. Squeeze as much out of a whirlwind 24 hours as you can. Every opportunity you have to travel while you are abroad is special and worthwhile.

It’ll extract you from your college comfort zone.

And, well, this is a very good thing. It can be scary to leave the comfort of home—of friends, a city you know well, a routine you’re accustomed to. That’s natural! When I first arrived in Buenos Aires, I was overwhelmed by the pollution in my neighborhood, by the bus schedule, by the language that I thought I knew how to speak. But as far as personal development goes, being surrounded by people who are just like us—from similar backgrounds, with similar belief systems—is stunting. The goal of college is very much to remove us from our comfort zone. Think of studying abroad as doing so tenfold. It’s totally unnerving, but worth it in every way. . . . .

by Stephanie Sadler via “CAPA“

Less than a decade ago, students would go abroad without a laptop or a smart phone. They might snap a few photos along the way with a film camera, develop them when they return to the States and pop a few in a physical photo album (or for the more creative, a scrapbook) to share with friends and family. How times have changed…

CAPA alumna and blog columnist Dee Liang recently wrote about the importance of documenting your time abroad and how to select what you post in our world of information overload: “Post wisely and post the good,” she said. “For the sake of keepsakes and memories, do what you need to do to make the experience worthwhile. Do whatever you need and want to make your time meaningful. But ultimately, do this for yourself.”

1. KEEP A PAPER JOURNAL. Dee’s favorite way to document her memories is to sit down in a coffee shop with a simple notebook and pen and let her thoughts flow alongside the caffeine. No wi-fi required. The downside? You’ll need to remember to carry a notebook with you. 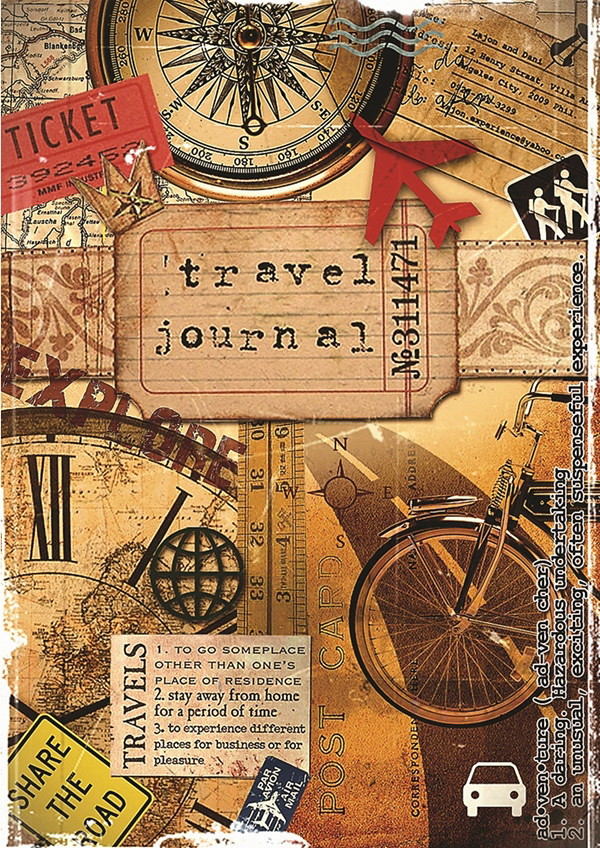 2. USE PHONE NOTES. If you have a smart phone or a tablet, make use of the notes section or a notes app. Like a paper journal, you won’t have to rely on wi-fi. If you’re always on the go, you won’t need to remember your notebook either or wait until you’re home to record your memories. Stuck in bus traffic or zooming through dark London underground tunnels? Those moments make excellent opportunities to type up a few notes while they’re fresh in your head. You can expand on them or turn them into a different format later.

3. START A BLOG. If you’re planning to write regularly and publically about your time abroad, a blog is an excellent option, especially if you’d like to share your adventures with your friends and family back home. Check out popular platforms like Tumblr, WordPress, Blogger or SquareSpace that are free to use and easy to learn. We’ll soon be writing a more comprehensive guide to blogging while you’re abroad, so stay tuned. 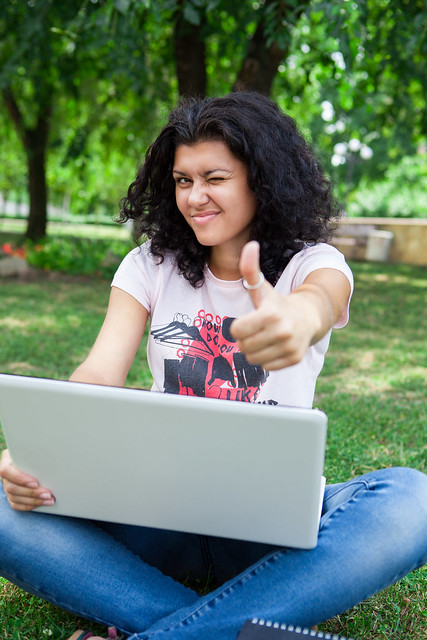 Photo: Blogging in the park by CollegeDegrees360

4. START A VLOG. If writing and photography aren’t your preferred way to communicate your stories, starting a vlog is a fantastic alternative. You don’t need fancy equipment – the video camera on your phone will do the trick and you can use simple, free programs like iMovie or Windows Movie Maker for basic editing. YouTube and Vimeo are the most popular platforms for posting and building your audience. There are plenty of travel vloggers out there to inspire you. If you’re feeling ambitious, you can embed your vlog videos into a blog and take advantage of both.  . . . .

By Samantha Brown via “AARP”

Two back-to-back international trips this year — to Germany and South Africa — gave me a good reason to brush up on my world-traveler skills. Here are the main things I think about when I’m planning a trip abroad.

Phoning home. How I am going to communicate? I mainly use Skype. It’s an easy, inexpensive way to make international calls. There are similar applications for phones, including Viber and WhatsApp, that allow you to text, call and send photos and videos for free as long as you have Wi-Fi or a data plan. A word to the wise: Don’t take easy-to-find free Wi-Fi for granted outside the U.S.

Using the Internet. To manage my cellphone data usage, I go to my carrier’s website and purchase an international plan for $30 (which gives me 120MB). Each time I go over that, I’m automatically charged another $30. But that protects me from future bill-opening sticker shock when I realize it cost me 82 bucks to view that cute baby video my best friend sent me!

Baggage weight. If you’re flying on a regional carrier, make sure you look into the airline’s specific baggage guidelines. In Europe, for instance, your carry-on might be weighed. I know, horrors! You could be charged hefty fees for bags that weigh more than 30 pounds. I’ve never met any of you, but I know there’s a good chance your carry-on weighs more than that.

Passport. I always bring a photocopy of my passport, and I also keep a picture of it on my phone.

Currency. Don’t sweat the exchange. You don’t need cash when you arrive in the airport, nor do you need the official currency exchange counter. An airport ATM is the best and least expensive way to get cash with your debit or credit card. . . . .

“Traveling with Mobile Gear: Tips from a Veteran”

by James Kendrick via “Mobile News“

“Business travelers and vacationers carry more mobile gear than ever. Bringing the smartphone is a must for both groups, and odds are there is at least a tablet coming along. The more gear you bring, the more you have to plan to make sure it all works as intended. These simple tips will make sure the gadgets keep working the entire trip.  . . . .”