by Devon Haynie via “US News“

Students around the globe are increasingly likely to study outside of their own country.

The number of students studying abroad rose from 800,000 in 1975 to 4.5 million in 2012, according to the Organization for Economic Cooperation and Development. “It’s been doubling once a decade,” says Peggy Blumenthal, senior counselor to the president at the Institute of International Education. “There are projections it will go up to 8 million in another 10 years.”

As more students contemplate studying overseas, they are seeking the best global colleges and universities to fit their needs. To help students compare universities around the world, U.S. News has launched its inaugural Best Global Universities rankings.

The rankings also feature the top 100 global universities in 21 subject areas, including fields such as economics and business, engineering, computer science, and social sciences and public health.

To allow for accurate cross-border comparisons, these new U.S. News rankings – based on data and metrics provided by Thomson Reuters InCitesTM research analytics solutions – focus specifically on institutions’ academic research and reputation overall and not their separate undergraduate or graduate programs. Universities were judged on factors such as global research reputation, publications and number of highly cited papers, making these rankings very different from the U.S. News Best Colleges and Best Graduate Schools rankings of U.S. programs.

[Learn how the Best Global Universities rankings were calculated.]

Among the top 500 global universities, the top 10 are all based in the U.S. and the United Kingdom. The U.S. state of Massachusetts is home to the top two schools in the world. Harvard University, founded in 1636 and the oldest university in the U.S., is the highest ranked on the list, followed by the Massachusetts Institute of Technology, founded in 1861. . . . .

There are thousands of universities around the world that offer courses and programs in English—colleges in English-speaking countries (U.K., Australia, Canada) may have their entire course catalog in English.  If interested, you can choose to study abroad for a summer, semester, year, or obtain a foreign degree. However, many US students are unaware that (1) they can attend almost any college or university in the world and (2) they can receive financial aid from Sallie Mae via Governmental Educational Loans in many of these foreign schools.[1]

If you are interested in pursuing a whole degree at a foreign college, I’ve written up a list of benefits and detriments that can come with making that step.

END_OF_DOCUMENT_TOKEN_TO_BE_REPLACED

“A Cheap Ticket for Student Travel”

A small little guide for the average college student on saving while they travel. 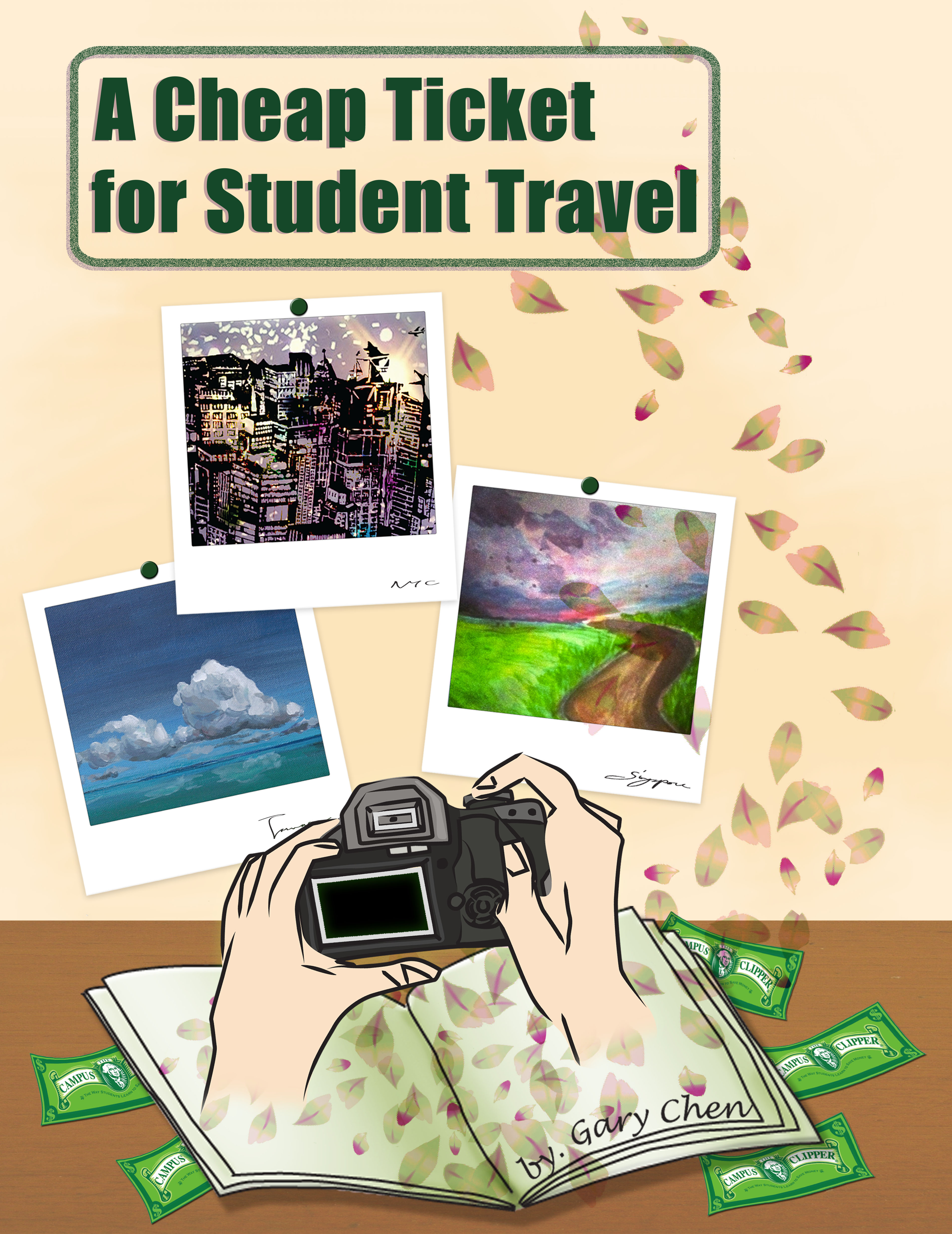 Gary Chen’s new book, “A Cheap Ticket for Student Travel” is a great, yet short, read for college/low income students interested in traveling (especially traveling abroad).  At only 23 pages (in PDF form), you can read through it pretty quickly, but it offers some great insights into how you can travel even on a college student’s budget.

He opens with a pretty strong argument for traveling while you’re young ~ time, energy, and lack of ties.  This is something I wish a lot more students would keep in mind; by the time you have jobs, families, and other demands on your time and attention, traveling becomes less and less of a likelihood.  Since traveling can significantly add to both your accomplishments and the broadening of your experience, taking that awesome trip now is a pretty good idea.

Most of his advice officially starts in Chapter two, where he begins with the important saving tool – Planning.  This carries through the next two chapters during which he discusses how  even little things like grouping nearby locations together can save money on costs.  Chapter 5 is where he really gets into precise methods of saving as opposed to more general recommendations.  He also has a really great form on pages 17-18 that helps you list out your expected expenses and likely total.  I think filling this out is a great way of reminding yourself precisely how much this might cost you and what you need to save. Throughout the book, he offers some great means of saving and I like the main message he communicates — traveling doesn’t have to ruin you financially!

Writing style: Some of the writing could use some editing and there were a few choppy areas, but overall I found it to be a quick and easy read.  A great addition to the ebook is the number of internal links Chen offers his readers–he frequently links to relevant and interesting articles relating to the subject of discussion.  Particularly helpful are the links to discount sites and saving tools; I might even use a few of these!

If you are interested or thinking about traveling, I recommend checking his book out.  You can find it on Smashwords as a FREE E-book (I like the free part, it matches his theme 🙂 )

“Ready to Go to Spain: What to Pack”

“. . . . Students should be prepared to move their luggage through airports, on and off busses during orientation, and up several flights of stairs to their rooms. Student rooms are normally equipped with only a foot and a half of hanging space and two, three-foot bureau drawers or the equivalent shelf space, and emptied luggage is usually stored under beds. Keep this in mind when you’re packing.

We’ll say it again. You are going to have to carry whatever you pack by yourself, so leave behind half of what you think you need. You will be limited to two pieces of checked luggage and one carry-on bag on the flight, and even that is more than you can comfortably carry. Large, hard-sided suitcases are tough to carry and even more difficult to store. USE DUFFEL BAGS or a good, internal frame BACKPACK. Closet space will not be as generous as what you are used to, so even if you can get it there, you won’t necessarily know where to put it. No one has ever complained about taking too little luggage. If you don’t believe this, talk to a student who has done it before. Every year we see unhappy students struggle to get a mountain of their own luggage on and off buses and up and down stairs. Don’t be one of them. END_OF_DOCUMENT_TOKEN_TO_BE_REPLACED “A delegation of 13 representatives from leading universities and study abroad programs in the United States arrived in Israel for a weeklong visit, geared toward developing new study abroad collaborations with Israeli institutions.
Masa Israel Journey, a partnership between the Jewish Agency and the government, organized the visit along with the Foreign Ministry.
While in Israel, the delegation, comprised of. . . .”

“Studying Abroad Without Leaving the Classroom”

by Gene Hickok, Lucas Welch via “US News”

“In today’s interconnected world, our security and prosperity do not come from within our borders alone. We are increasingly interdependent on countries and individuals around the globe for our safety. In order for our nation to thrive, we must invest in thoughtful relationships with Africans, Asians, Latinos, Europeans, Middle Easterners and so forth.

These relationships must not be limited to diplomats, military and political leaders. Perhaps our most important diplomats are our nation’s students – our future leaders, our future opinion-shapers, our future businessmen. . . . .”