“Study abroad is like spring training for this century. It helps you develop the fundamentals, the teamwork, and the determination to succeed.” – Hillary Rodham Clinton, U.S. Secretary of State

Most American students think there is only one place to attend college – the United States. However, many other countries offer educational opportunities and degrees that are appealing to American students. Not only do you get the knowledge gleaned from your coursework, but you also get a broader perspective of the world. It might also give you an edge in the job market, showing you are adaptable. Employers are increasingly looking for people who have international experience and language skills. END_OF_DOCUMENT_TOKEN_TO_BE_REPLACED

“7 Things I Regret About Studying Abroad”

by Aryn via “Driftwood & Daydreams“ 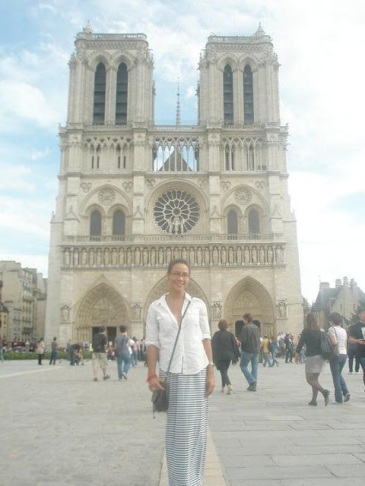 Studying abroad was one of the most amazing experiences of my life. You can probably tell from the way I go on and on about it. I’m sure I often come off as bragging but in truth, I just want to share. I know what it felt like to be a foreigner and scared and confused so that’s why I always want to share my experiences with others so that they don’t have to feel so lost.Yes, studying abroad was awesome. If anyone were to ask me if I wanted to go back to Le Havre I would say yes in a heartbeat. However, not everything is perfect. Here are my list of regrets from studying abroad that I hope will help you get the most out of your experience.1. Not really practicing the languageI think this was one of my biggest regrets. I had the amazing opportunity of being in France but I often avoided situations where I would have to speak French because I was worried I would embarrass myself. Though I did learn a lot of French and would consider myself near fluent, that was only obtained by listening and so my speaking is still weak. I became aware of this after spending 2 months in China and actually making myself use the language. It was amazing how quickly I picked it up after I started speaking and using it in contextual situations, instead of the simulated classroom conversations. I wish I had known that and not been so self conscious while I was in France because I know my French would be 10 times better if I had.2. Not building my resumeSure, the act of studying abroad in and of itself is a great resume builder but it’s becoming more and more common place. To make yourself stand out to future employers you need to do even more. Being in a foreign country is a great chance to add something to your resume that shows that you can take initiative and are comfortable with cultural differences. I, however, did not do this. I went to class, did my readings, and hung out with friends. Looking back now I wish I had joined some clubs or even picked up a job. I had the time but I just didn’t apply myself as much as I could have.3. Not traveling locallyI studied abroad in Normandy, France. This is one of the most historical regions in the whole country. You’d think I would dedicate some time to seeing all the incredible sites in this area, right? No. I focused so much on trying to see all of Europe that I hardly even explored France. I mean, I was only a couple of hours from the D-day beaches and yet I never visited them. I still regret to this day not appreciating all the cultural heritage of the country is was studying in.